Today I want to show all of you one of my favorite tools, the Park BTS-1 bottom bracket, tapping and facing tool.  The reason it is such an important part of proper bike assembly is because it makes both sides of your bottom bracket perfectly parallel.  Anytime you have two barrings running in parallel, they need to be on the same plane or they will be working against etch other.  If this happens, they will either wear out prematurely or create drag, which no one wants.

Step One is to put your bike in a work stand, of course.  It's important to have a stable platform to work with.

Step Two is to identify the left and right sides of the tool which is designated by a LH and RH on the tap.  Now you would think that the left handed thread would go on the left side, but it is the opposite.

Step Three is to cover the cutting tool with fluid and flood the bottom bracket shell.  I like to use Cris King cutting oil.  Don't be worried about putting on too much, cutting dies are super expensive and the oil is cheep.  So lube it up good.

Step Four.  Carefully start threading the tap into the bottom bracket shell by a few threads.  Once both taps are started, turn them at the same time in the appropriate direction until you feel some resistance.  From this point on you should turn them no more then a half turn, then back a quarter to clear out the threads.  Remember to keep adding cutting fluid every full rotation or so.  Once you have the tool started a few full turns on both sides you can alternate from side to side.  Keep going until the tap is recessed into the shell.

Step Five.  Now we can start facing.  Pull the handle completely out of bottom bracket leaving the tap tool inside.  The tap will now act as a guide for the facing mill.  Install the facing mill cutter on the handle, then reinsert the handle into the taps.  Add fluid to the cutter, then apply steady pressure to the center of both handles and rotate only in a clockwise direction.  If you turn counter-clockwise it will dull the tool.  Only apply enough pressure to get a good 360 cut, if you press too hard you will gouge the shell.  A little chattering is ok, its only cosmetic and won't affect the function.  Repeat this step on the other side.

At first, you will just be removing paint.

Almost there, just a little more.

Final Step.  Remove the tool from both sides of the frame at the same time, then clean off the tool and re-oil before storage.  Now you can clean out the frame and wipe it down. It's important to remove all remaining metal.  The final touch is to wipe a little grease on the new threads with you finger.


I hope you enjoyed seeing how this tool works, it's always fun for me to use it.

Jan 12, 2013.  The first race in the New Year.  Twelve hours of Papago is a fun event held in an odd location under an over pass in downtown Tempe, AZ.  It looked like the kind of place you would dump a body or score some drugs.  But on this day it was filled with hundreds of mountain bikers getting ready for a 12 hour endurance race. 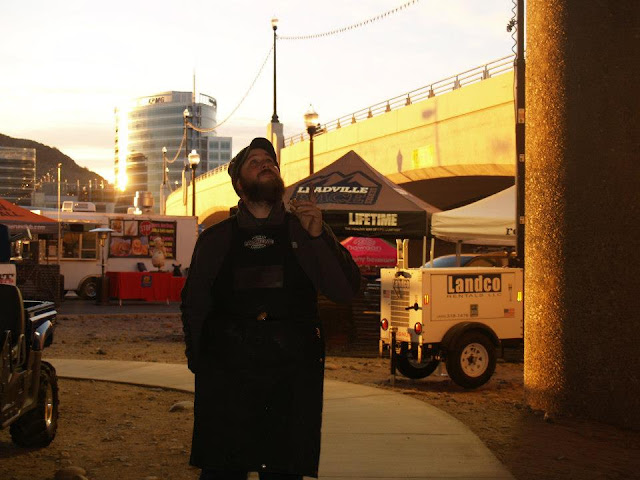 On this fine morning, Kaolin and I were up at 4:00 am to get to the venue. He was racing on a coed quad team for Nationwide and I, of course, was their mechanic.  I couldn't believe how cold it was when we got there.  Twenty-four degrees.  If you're not from southern Arizona, you're probably laughing right now.  But 24 degrees is frigid by Arizona standards. 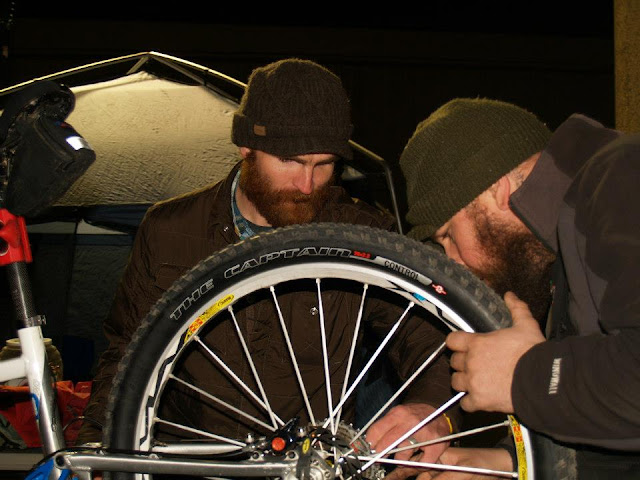 While we were setting up for the race, a rider who was warming up rode by our tent when his freehub locked up.  This wasn't someone that was on our team and we actually had never even met him before.  But Kaolin and I dropped what we were doing and rebuilt his freehub on the spot.  We also decided to remove a spacer that was improperly installed in his cassette and re tune the bike.  This one of my favorite things about endurance racing.  Everyone helps one another, even if the person you help might end up beating you. 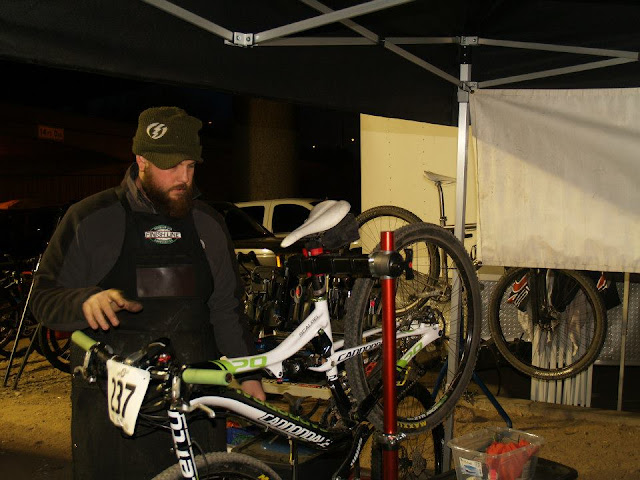 As the day went on, it was your typical AZ 12 hour race, except for the cold weather.  The day consisted of many dirty chains and a few minor tweaks.  We were lucky enough to have our pit right at the finish line.  It was so much fun listening to music and watching the racers run through the timing tent. 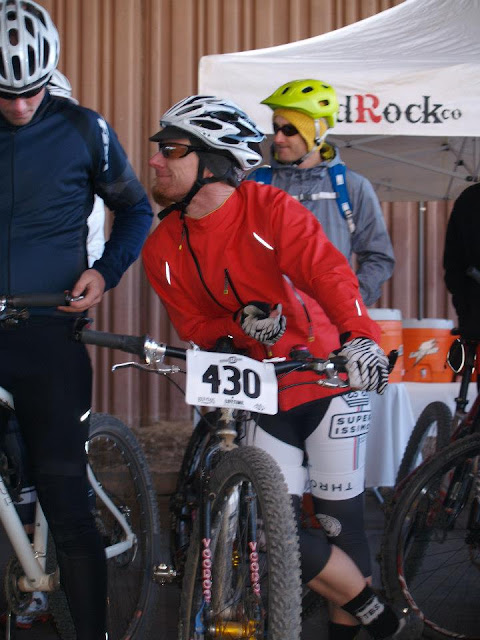 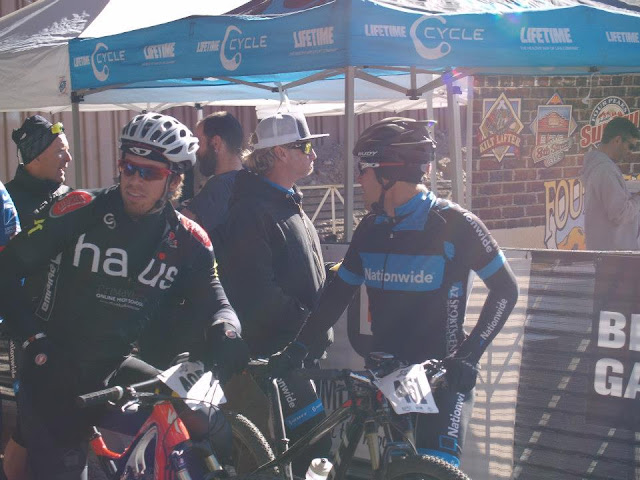 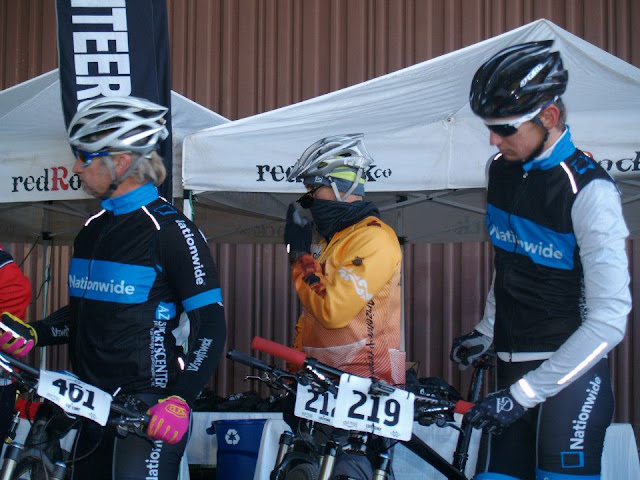 I have been to thousands of mountain bike races in my life and seen some spectacular finishes, but nothing compared to the last lap of the Open Quad.  Nationwide and Bicycle Haus had been battling it out all day and it came down to the final lap.  Haus was in the lead buy just a few minutes and everyone was watching in the change out area when they both came in at almost the same time.  Rick Bucker from Haus made the handover first with Matt Barolt right on his heels.  The entire croud was watching as they sprinted by us and back onto the course.  Rick is a Cat 3 road racer and a monster at the crits while Matt is an ex-desert moto cross racer who is one of the best technical riders I have ever seen.  No one knew who would prevail; the big motor or the skilled handler.  Everyone was gathered around the finish line staring into the darkness looking for a hint of one of their lights, when all of a sudden a single light appeared.  It was Matt and Nationwide had taken the lead from Bike Haus!

I tried to take pictures to share with you, but nothing turned out.  Here is how we did.

Dawn to Dusk was my second event with Nationwide.  At this time, I was much more familiar with the team.  They had all just received new Scott bikes, which led to the race going off without a hitch.  All I had to worry about this day was the usual break-in maintenance. 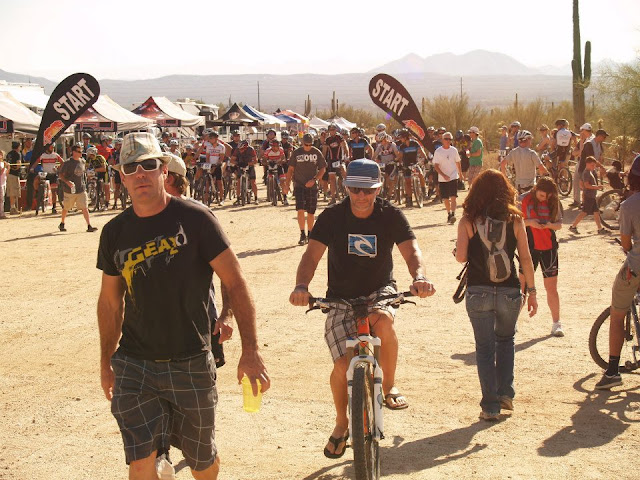 Nationwide team members Paul and Matty rolling through the pitt.

Shout out to Spencer and Rhino for placing 5th in Duo Single Speed on fat bikes! 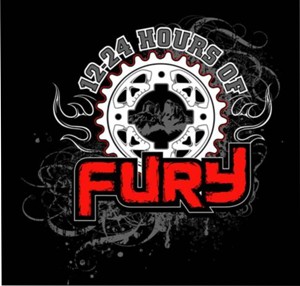 My first race with Nationwide Insurance/Veloworx was the 24 Hours of Fury held at McDowell Mountain Park on Nov 3, 2012. 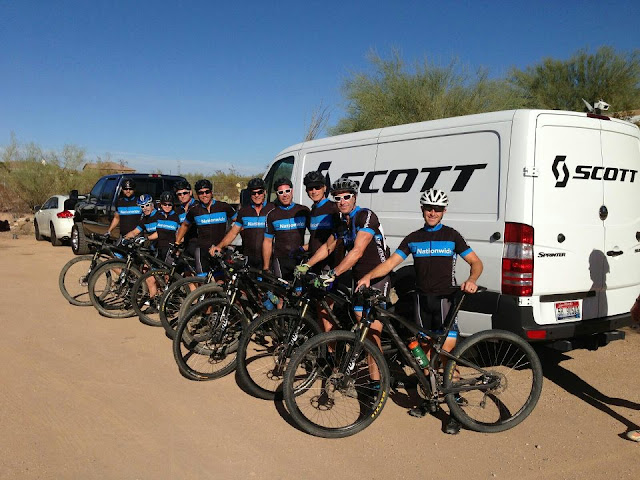 The Nationwide team is great to work with, becuase they are always motivating each other.  They are the kind of guys that are super fast, but never let that get in the way of having fun.  I was stoked to work with this tight-knit group and the Bitty Bitty guys at the fury.

The race was a lot of fun without any major setbacks, except Henry Svenvlad's broken collarbone and a Niner RDO issue.  Henry's injury kept one of our teams out of the race and as you may know, the RDO is a huge pain in the ass to cable!  It requires just about the complete removal of the swing arm, which is not a great design for 24 hour racing.  Even with these setbacks, we did really well and had an amazing time.

This is how it all shook out for my teams. 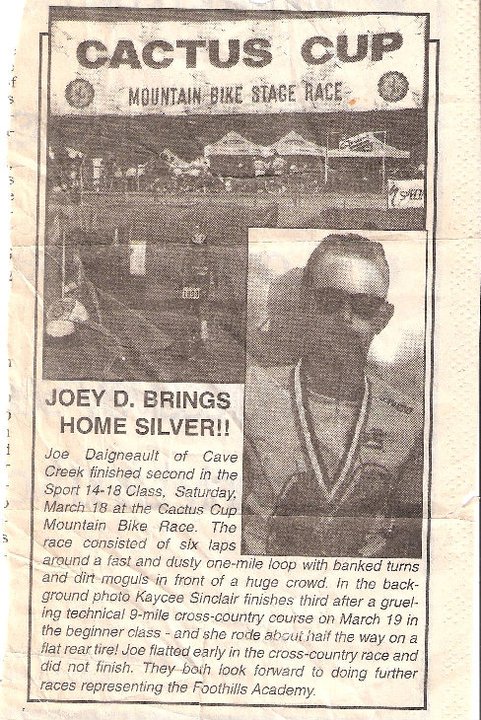 Riding bikes has always been a part of my like in one way or another.  A couple of years ago I quit my job in the coffee industry and went to work at Flat Tire Bike Shop in my home town of Cave Creek, AZ.  Knowing full well that my life long friend, Kaolin Cummens, would soon take it over.  Since I made the switch, I've been like a sponge soaking up all things new and old in the bike industry.  The last time I worked in a bike shop nine speed just came out and downhill bikes had four inches of travel.

Although I do race now and then, I'm not what you would call an elite racer.  Turning wrenches for the pros gives me the same feeling I had when I was a kid hanging out in the pits.  I get that same adrenalin pumping feeling when my guys are at the starting line or when they come running in with a broken chain and their opponent just minutes behind them.  I love being a part of the high energy environment.  It's that love for the sport that keeps me up for an entire 24 hour race knowing that if I don't do my job, all of the hard work that my team has put in will amount to nothing.
Posted by Unknown at 9:53 PM 2 comments: